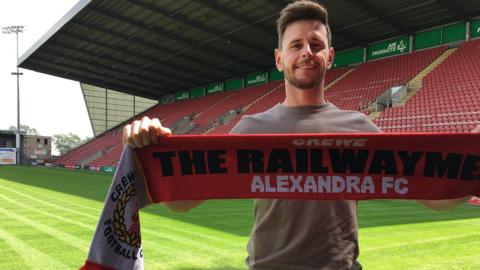 Hollands joined from Portsmouth on a free deal last year. He played in 29 games before he picked up a serious hamstring injury. His deal with Eastleigh is believed to be a two-year deal with an option of extending.

“I think he is moving close to his Portsmouth home, he gave me a ring last night. So we are looking for another midfielder I think. The reason we didn’t offer Billy Bingham anything is because he wanted to move closer to London, so I totally understand.

“Danny’s in a strong position because he’s out of contract and over 24, and we had to wait and see if he was fit. I wasn’t prepared to offer a deal to someone who had had such a serious injury,” the boss explained.

He added that the management would still take a look at the midfielders but that Billy would get a replacement in the team.