The captain of the Women England Rugby team Sarah Hunter had a moment not to forget during win of England over USA in the Rugby World Cup 2017 took place in Ireland in the beginning of this year. 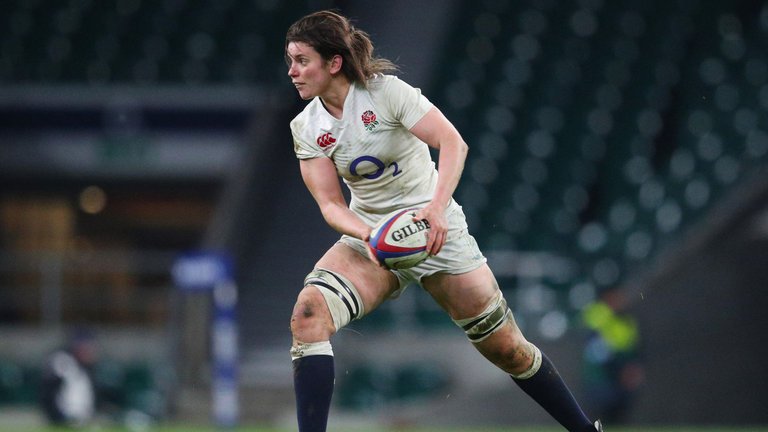 During the win of Red Roses’ quarter-final, Hunter, who is now 32-year-old and also the owner of an MBE had her shorts pulled down. This happened while she was helping a teammate charge forward with the ball. While she was helping her teammate, her shorts were pulled by the countering team accidently and it almost leads Hunter to an embarrassing moment.

However, despite being going through such moment, she played the rest of the match openly and confidently; action of Hunter also helped England to convert a crucial second try. So, even if it’s embarrassing, it makes Hunter to shine in the game.

Because of her action, England stormed into the lead of 28-0 before closing the game out 47-26 and managed to secure its place in the semi-finals. One spectator who was watching this match at the time took to Twitter to and said this about Hunter: “Poor Sarah Hunter who has her shorts pulled down.”

Then, Hunter then led her side to the victory of 20-3 over France in the semis before England lost to New Zealand narrowly by the score of 41-32 in the final.

Though this comment of spectator was derogatory for Hunter, but people who know her, is well aware of the fact how Hunter will reply to this comment. This accident on the field showed the great spirit of her towards her love and dedication for the game. Though, the incident is old, but it has caught the headlines now. Hope Hunter must not be disappointed with this.